You REALLY Do Need A Budget 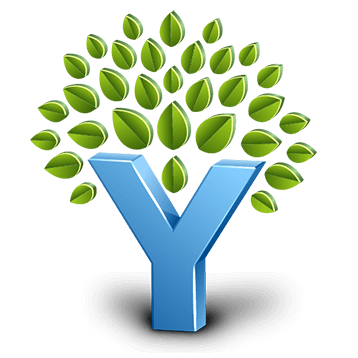 For many procrastinators, thinking about personal finance can bring up worse thoughts and images than public speaking while naked. From late paid bills with extra fees piled on, to getting your water shut off from non-payment, it can get scary. I have definitely been there. When things are headed downhill in the finance department, our first response is usually “I just don’t want to think about that right now…”, pushing off the problem for yet another day and letting it get that much worse.

There is one piece of software I rely on and has had an immeasurable impact on my finances. That software is called “You Need A Budget”, or YNAB for short. It has helped my Wife and I save for and purchase our new home well under two years since we got married. It has also allowed us to not purchase a single item for our house (or anything for that matter) on credit. As a new homeowner, you wouldn’t believe all the little things you never knew you needed to buy. Most of all, YNAB keeps us stress free about our finances. We NEVER have an argument about money, and it’s not because we aren’t talking about it.

YNAB is not only an application that runs on both Macs and PC’s, but a methodology of managing your money using 4 simple rules. It started simply as an excel spreadsheet, created by Jesse Mecham, which he used to track his own finances. To make rent, he decided to start selling it, and YNAB has now grown into a full-fledged application and business with a whole team surrounding it. It’s really quite an American business success story.

I’m not going to go through the rules here, because the YNAB web site already has a ton of great info on them. The system works like this, when you get some income, you figure out what you need to do with it until you get paid again. You split it up into different categories like rent, groceries and entertainment. When budgeting, you also look ahead to less frequent expenses and put some money away in a category for them (did someone say car insurance?).

When you spend money, you add transactions into an account, similar to most financial software. The difference with YNAB though is that these expenses get attached to a category you previously created in the budget and deducted from that category’s total. It’s like the old system of cash in envelopes, just upgraded for the 21st century. You put money in an envelope when you receive it and take it out when you need to spend it. Simple.

Entering Transactions On The Go

YNAB was good, but it wasn’t until version 4.0 that it became truly amazing. They released mobile apps on iPhone and Android, allowing you to add new transactions “in the moment”. It added seamless syncing with Dropbox as well as the ability to take advantage of your phone’s GPS to remember the location where a transaction occurred. Now when I get my receipt at the grocery store, I can enter in the amount and YNAB automatically recognizes where I’m at. It even remembers the category and account from my last transaction there and adds it in. Entering a new transaction literally can be done in under 15 seconds.

Staying Engaged With Your Finances

Back in the days of Microsoft Money, the holy grail for me was getting my bank to automatically download my transactions into the app, sorting and matching them up with what I might have entered already. These days, I enter every transaction either through YNAB’s desktop app or the mobile app, and I wouldn’t have it any other way. Sure, YNAB can import my bank statement, but manually entering these transactions is what keeps my Wife and I engaged, surfing on top of our finances much like GTD helps you stay on top of your projects and actions. YNAB has trained us to revisit the budget often, and in doing so, rest easy that we are keeping ourselves on track.

One of the things I liked most about YNAB when I first got started was the idea of forgetting the past, and focusing on the future. Sure you’ve made some mistakes. Yes you have absolutely no emergency fund in case your car breaks down. Just start right now with what money you do have, and give those dollars a job. Forget about trying to import your last 3 months of bank transactions. The past is not the point. You have money, just figure out what this money needs to do before you get paid again. That’s it.

What’s even better is if you do fall off the wagon, they have a handy “Fresh Start” feature. It leaves all your accounts, categories and payees setup, but clears your transactions. This lets you start over with your current balances so you can get back on track quickly. In the early days, I probably used this 8 or 9 times.

We’ve now been using the same YNAB file since we got married in October 2013 and haven’t missed a beat. Before that, we each had our own bank accounts, some debt, separate YNAB files and we honestly fell off the wagon a lot. Combining our finances and getting it all out on the table in a single YNAB file is what made everything click for us. Now we have a team of two people overseeing everything. When one of us is slacking, the other picks up and gets those transactions entered. Neither of us is solely in charge and we both get an equal say. It works perfectly.

The Power Of “An Allowance”

It sounds childish really, having “an allowance”, mainly because it’s usually only talked about in the context of a parent giving one to a child, but the allowance is really a crucial part of our system. Depending on how much we have available to spend for the month, we decide on an amount both my Wife and I get equally. This is to be spent on whatever we feel like, no questions asked. It could go for an occasional Starbucks drink, a new tech gadget or a craft project for my Wife. This practice has given us the freedom to buy whatever we want, whenever we want and not have to check with each other. Do we sometimes go a little bit over? Of course! But luckily we review our budget often and we have the added bonus of a little thing called a “buffer”.

One of the main goals of the YNAB method revolves around Rule #4, “Live on last month’s income”. Too many people these days are living paycheck to paycheck, spending much of their income the same week they receive it. YNAB instructs you to begin to create a “buffer”. Each month you try to put a little more away. The buffer gives you breathing room. Spent a little too much eating out this month? No problem. The buffer has you covered.

Once you do have enough in your buffer, close to what you might spend in a month, that’s when things get really interesting. Now you can assign any new income you receive this month into next month’s budget. It’s hard to do and it takes a while, but doing so frees you up from having to time payments and, more importantly, lets you know exactly how much you can really spend this month.

In purchasing our home, our lease was up 4 to 5 weeks before we closed. My parents allowed us to move in (luckily rent free) which really helped our savings. We closed on June 1st but only just a few days ago made our first mortgage payment. That extra time allowed us to complete our buffer and start living on last month’s income. Now we pay all our bills and work our budget on the 1st of the month using the income we earned last month. We know exactly how much we have to spend. There is no mystery!

I consider myself an advanced YNABer, and since I use it so often, there are just a couple of minor issues I’ve found that can be annoying.

The Proof Is Over Our Head

YNAB has worked for us. Every day when I wake up, back out of our driveway and take a good look at our home, I can see what we were able to accomplish.

I understand this post probably reads like a paid advertisement, but it’s impossible to separate my glowing opinion of what Jesse and the team have been able to create since our lives have been so dramatically improved by its existence. There are lots of apps and methods out there, many of which I’m sure work great, but I can’t see myself ever using anything but YNAB.

If you are at all struggling with money, you need to try this software. They have a free trial available and if you’re a student they will even let you use YNAB for FREE! Now that is true commitment in helping prevent future generations from falling into the debt trap and just one more reason why the folks at YNAB are so good.