Groundhog Day And The Slight Edge 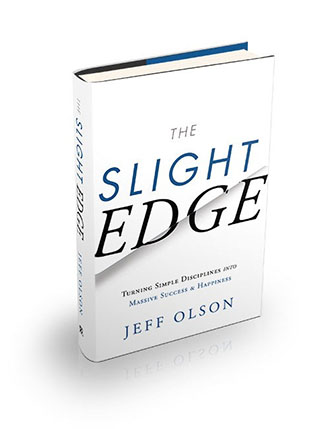 In my last post, I mentioned one of my favorite movies was Groundhog Day with Bill Murray. It’s a classic. It follows a man named Phil Conners who is stuck reliving the same day, Groundhog Day, over and over again. While it’s a comedy, I believe there are many hidden lessons that could use a little reflection.

I’ve recently read a book called The Slight Edge. It’s premise is one I’ve been hearing more often lately from more people; You will never instantly transform into the person you want to be. It happens one baby step at a time and consistency is key.

The Slight Edge states how many of us want to go from planting a garden one day to harvesting it the next. Unfortunately it just don’t work that way. The garden needs to be “cultivated”. Many weeks need to pass, and with it the daily ritual of sun and water, until the day finally comes where you can harvest. Life works the exact same way.

The best part about the movie is near the end when Phil begins to transform himself. After getting bored living with “no consequences” and then trying two dozen ways to kill himself, he begins to change. If he is going to be stuck reliving the same day over and over for eternity, he wants to do so improving himself and the world around him.

Phil takes up French poetry, playing the piano, and even ice sculpting. He starts being friendly to strangers and helping a homeless man. In total, there’s just a handful of scenes focusing on these improvements, but magically by the end of the movie, he’s transformed. 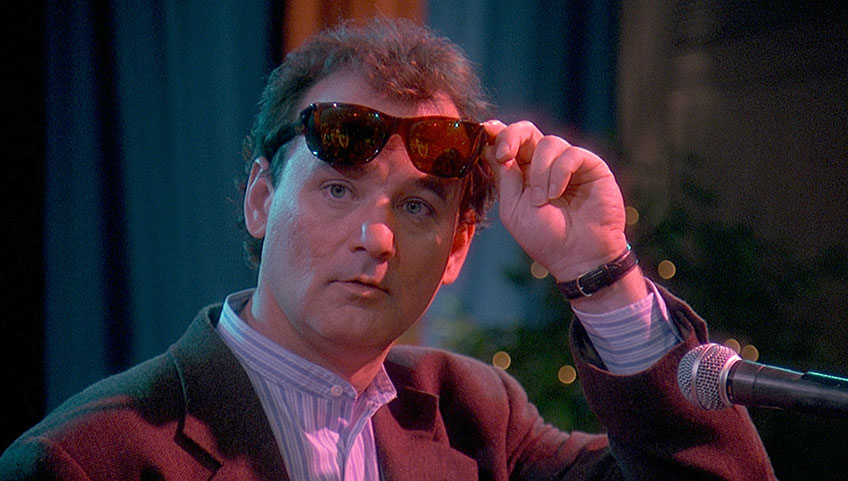 It’s easy to see why we are so attracted to the idea of wanting things “right now”, harvesting right after planting. It’s everywhere we look. We see a total of 3 clips in the movie of Phil practicing the piano and by the end of the film he’s playing on stage on par with Mozart.

How many actual days do you think Phil Conners woke up hearing “I’ve Got You Babe” and using the day to learn piano and ice sculpt? The late great Harold Ramis, the movie’s director, once estimated Phil relived that same day for over 10 years. He then increased that estimate to a much larger number after a website published an article inquiring about the same topic and came up with an estimated 8 years, 8 months and 16 days. I thought 1 to 2 years sounded right.

What they don’t show you in the movie is the roughly 3,000 days Phil spent practicing piano and grabbing that chainsaw and block of ice to hone his craft. That is the hard part of transforming yourself, committing day in and day out. But unfortunately, that is also where success comes from. The key here is you don’t have to spend a massive amount of time everyday to get there. Making small improvements, but doing it consistently is much more effective then spending 8 hours toward your goal once or twice.

Next time you watch Groundhog Day, don’t think about how he became an amazing pianist seemingly overnight. Think about all the days they didn’t show, making small, incremental improvements in himself.

If there is a goal you are going after that is very important to you, don’t get started on it tomorrow. Get started on it today. Spend 15 minutes, 10 minutes, or even 5 minutes, and do it every single day. That 15 minutes a day will turn into over 90 hours towards your goal over the next year. That time also gets compounded like interest every day you work on it. You build up momentum and get closer to your goal even faster. Soon, in the not too distant future, that goal will be realized.

I need to read these words and act on them just as much as anyone reading this. I really enjoyed The Slight Edge and definitely think it’s a worthwhile read. Go ahead, start reading it today. Just 10 pages, but read it everyday. You will have completed it in under 20 days.

What goal are you going to get started on today and spend 15 minutes to move closer to fruition? Tweet me @cyberbobcity. I’d love to hear all about it!

Do the thing, and you shall have the power. –Ralph Waldo Emerson